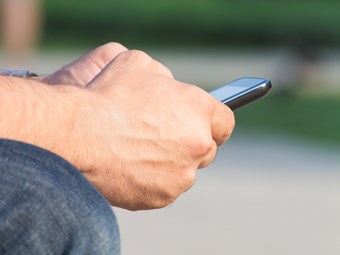 The 1300 DRIVER helpline, the helpline dedicated to helping truckies in need, is available not only to truck drivers but their families and friends 24 hours a day, 7 days a week.

The St. Vincent’s Hospital has committed to keeping the helpline running even if funding is depleted. The confidential helpline dedicated to helping truck drivers by providing them with information and support will apparently continue to run even once funding has run out and despite St. Vincent’s not being able to secure funding after next year as yet.

The operation which has been based out of St. Vincent’s Hospital in Sydney since last year, may soon run out of money and federal government funding may be coming to an end at the end of 2015.

For those truck drivers who haven’t heard about the helpline, it is a nationwide 24/7 service which provides truckies with access to expert advice from health professionals. Drivers are given information, support as well as referrals when necessary if they are going through a problem or if they are at risk of problems such as ill mental and/or physical health and wellbeing. It also assists drivers with stress, anxiety and substance abuse issues.

A representative from the St. Vincent Hospital’s Alcohol and Drug Service, Elizabeth Merrilees said that the helpline was here to stay, whether funding dried up or not…

“This is actually a pilot program but we are committed to the number. So when the funding expires if we can’t get more funding we will keep the number. It’s not going anywhere,” Elizabeth Merrilees from St Vincent’s Alcohol and Drug Service says.

“We are part of a bigger alcohol and drug information service so our staff will keep managing the line even after we run out of funding. We think it’s a really important issue and something we don’t want to see going away.”

It is good that truck drivers nationwide know that there help for many of the issues that plague them because of their lifestyle and nature of the job. Merrilees went on to state that hopefully enough truck drivers will show interest in the helpline initiative so that the powers that be would recognise its’ important and allocate long-term funding of the pilot program. She went on to state:

One of the most influential of the helpline’s supporters is The Transport Workers Union (TWU). It is no wonder then that the 1300 DRIVER helpline has been described by the union’s national secretary Tony Sheldon as a “vital service” for drivers. He also stated:

“This is a unique resource and we urge all drivers to remember the number and, if they need to, to make that call,” he says.

As Merrilees explained, because of the nature of truck driving and the long hours drivers spend on the road, it is difficult for them to seek help for many of the issues they go through especially accessing health services.

The helpline is therefore particularly useful for them, also offering them access to a website with self-help tools and handy tips for truckies.

The article on Fullyloaded.com.au concluded by explaining the core value of the helpline to truck drivers:

“We’re here 24/7. We’re not here to tell anyone how to live their lives, we’re just here to give a bit of support and lend an ear to people who just don’t get heard often enough,” she says.